A look at the 2020 Grammys Red Carpet

And the worst dressed goes to… By: Ranjini Krishnan and Ananya Sathish Every year, the red carpet at the Grammy awards serves as a runway for celebrities to showcase their style. This year’s looks, however, were met with criticism and disappointment by many fans and members of the general public, and we’re here to confirm that we agree. 18-year-old Billie […]

By: Aashika Mehta and Rafeea Tamboli As the 7:35 am bell rang throughout the school on September 6th, frantic students raced to their classes.  Many saw familiar faces mixed in with newer ones.  This year, one of these new faces was that of Mrs. Jessica Cincotta.  Currently serving as one of High School North’s assistant principals, Cincotta has been welcomed into the district with open arms.  On her initial thoughts on High School North, Cincotta said, “This has been the warmest welcome ever received, and I have been in a number of schools. Students smile when I pass them.  They say good morning.  If I say hi, there is a response, with a smile.  It’s really nice and welcoming here.” […]

By: Cristina Diaz   To some, poverty is nothing but an impending threat, for others, it is all they have ever known.  People who are impoverished are often seen as that alone.  Pro Mujer, an NGO dedicated to providing women in Latin America with microfinance financial, health, and human development attempts to break the cycle of poverty in Latin America. […] 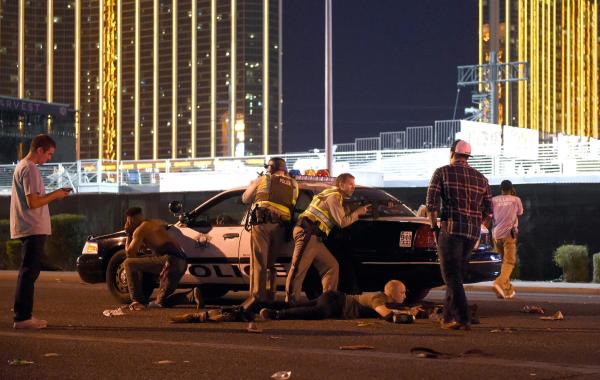 Staff sound off: on the atrocities in Vegas

We at the Knightly News were absolutely astounded, disgusted, and deeply disheartened by the tragedy which occurred in Las Vegas on Oct. 1, 2017.  Such barbarity can no longer be tolerated in our country.  We feel that the first step to solving the problem of gun violence which plagues our nation is opening up the conversation to a myriad of […]

We for She brings the fight for gender equality to North

By: Bharati Ganesh At “International Day of the Girl Speak Out” on October 11 at the United Nations, equal rights activists from across the country gathered to watch performances, celebrating girl power and engaging in discussions about reaching marginalized women.  Dignitaries working to promote women’s rights gave speeches praising girls succeeding in the face of discrimination and hardship. Members of North’s newest club, We for She, were in the audience watching the activities.  Junior Nitya Labh, vice president of the club, said, “It was one of the first events that we wanted to attend.  We thought that it would help generate more interest in the club and make people feel more empowered and connected to the issues that we work […]

By The Knightly News Posted on December 6, 2016

By: Srinidhi Ananth and Ritika Mukund             Usually found sitting in the lower dining hall watching over the horde of students in study hall is none other than Michael Villafane, the man deemed the “Mr. James lookalike.” But Villafane is far more than a replica of Mr. James; he is the school’s volleyball coach and, most importantly, a wonderful person at heart. Though Villafane is a new Lower Dining Hall monitor this year,  anyone on North’s volleyball team knows that he has been around for a while and loves North for its welcoming atmosphere.  “The students are respectful, the staff is very friendly, and you are very welcome the second you walk in, which is not the case with other […]

By The Knightly News Posted on December 6, 2016 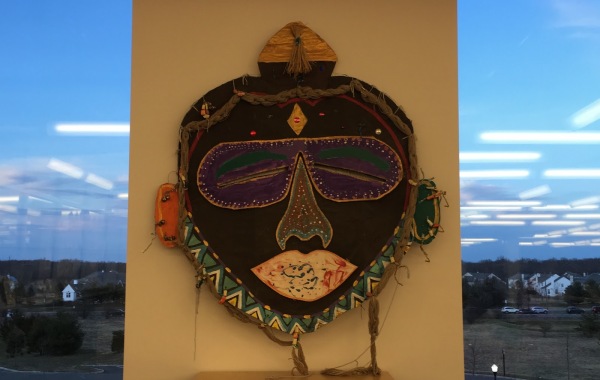 By: Sarah Hudes Last year, a plan was proposed to further develop the library to increase its appeal to teens and the older demographic. The goals of the plan were to, “expand the library’s role in creating a vibrant cultural, civic, and learning environment, increase community use and engagement with the library,” and to “ensure long-term sustainability and a healthy […]

By: Emma Killeen, Michael Miller, and Shubham Saharan Hearing about atrocities in Syria has become commonplace in our daily lives. In an increasingly turbulent political atmosphere, many Americans now see the Syrian Refugee Crisis as a propagandized affair as opposed to an issue with human lives at stake. But for the past 50 years, even before the current refugee crisis hit news outlets, the Nassau Presbyterian church in Princeton has been resettling refugees, and their latest focus—a Syrian family. Osama, blinded permanently by a mortar attack in Syria, his wife Ghada, and their four children came to America over six months ago, and were welcomed with open arms from the church community.  Catching up with Susan Jennings, case manager of the Refugee Resettlement Program […]

By: Neha Tailigeri and Ritika Mukund North’s Model United Nations (MUN) team is one of the better-known clubs in the school. The club simulates the United Nations, where members, known as delegates, debate various international issues.  The club only attends four conferences at various major universities every year, but it participates in many more local conferences held by local high schools. The first conference at North (NorthMUNC) was held last spring. “We were motivated [to create NorthMUNC] mostly due to the high costs of attending the four-day conferences,” senior Amar Desai, a Secretary General for the North MUN team, said.  Due to the limited spots on the roster and to various schedule conflicts, it can often be difficult for members […]

Humanity 2.0: How artificial intelligence is moving up the food chain

If you’ve ever seen the 1984 movie The Terminator, then you know computers can have a dark side.  There’s the famous scene in which Kyle Reese dramatically declares that computers “decided our fate in a microsecond: extermination.” We can all watch The Terminator without fear because we know that none of it is real.  It’s just a story, a […]

With summer fast approaching and Coachella behind us, music festivals have become a desirable pastime for teenagers. Despite the young population’s desire to attend these events, many of these popular music festivals are unavailable to teens, due to economic and geographical reasons. Here are some music festivals that combine fun with accessibility for local residents!

After teaching in the district for fourteen years, with ten of those years at North, Dr. Donna Clovis will retire at the end of this year…“I was covering 9/11 in New York and almost lost my life. I wanted to be close to my family and thought teaching would allow me to be home again with my children and other children,” Clovis said. 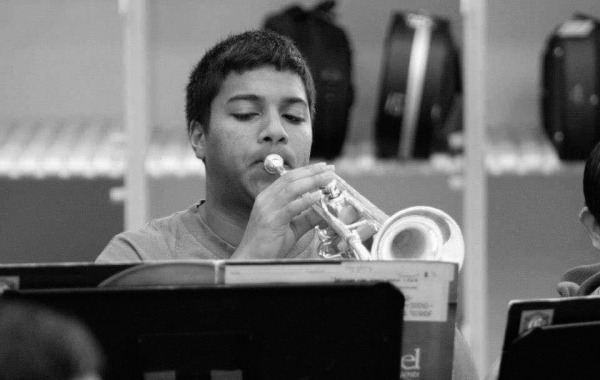 Bapatla tends to practice playing the trumpet in his basement, which provides a quiet environment for him to concentrate and keeps him from interrupting his family with the loud instrument. He has yet to attempt composing music himself, but in terms of the music he plays, one of his favorite pieces is “Elsa’s Procession to the Cathedral” by Richard Wagner.

Some summer, silliness, and enseñanza in Spain

If the French students get to take a field trip to Canada, why don’t Spanish students go on any field trips?  Spanish teacher Ashley Warren, continuously confronted by her students about this issue, decided to take matters into her own hands.  “I think my kids had always asked, ‘Can we go on a field trip?  Can we go on a […]

Aleksandra Odzakovic-World History teacher “I want my students to see me and value me as a human being beyond just being their social studies teacher. This is why you can always find me at Homecoming, prom, school plays, football games, and any other activities. I am the new debate advisor so this will give me the opportunity to get to know upperclassmen as well and hopefully recruit some of my freshmen. My students know that my door is always open and they can come to talk to me about other things besides Christopher Columbus and the French Revolution.” Marisol Castro- Previous teacher at Community, Spanish 1, 2, and 4 “I like to have many activities where my students talk with […]