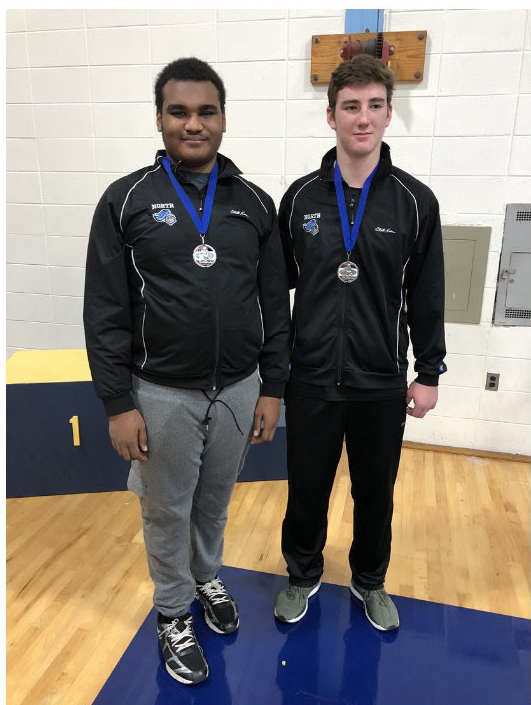 A few years ago there were only eight participants in the entire WWP North wrestling program; that number has ballooned to 26 participants on this year’s team.  Many of the improvements in the program can be attributed to the hard work and dedication of first year, head coach, Evan Pettus. Although the program may only be 7-12 for the season so far, this is a big step up from where they were a few years ago. Furthermore, the team has been led by a trio of upperclassmen who are making Pettus’s “transition as coach a whole lot easier”.

This year the wrestling team is spearheaded by upperclassmen Matthew Moore, Tim Glynn, and Tom Zovich. All three have had extremely successful seasons.  Tom Zovich took 3rd place at 170 lbs., Tim Glynn also placed 3rd at 195 lbs., and Matthew Moore finished in 2nd place at 285 lbs. at the Mercer County Tournament.  Overall the team placed 8th out of 15 teams competing in the tournament. Not only are individual achievements increasing but also overall team wins.

The Knights earned a 7-12 record this year, which is a great improvement from the three wins of the previous season. And the team has no intention of leaving that record stagnant.  Although seniors Tim Glynn and Matt Moore are graduating, their spots should be filled with wrestlers moving up from Junior Varsity.

The future of the program looks bright because of a strong pipeline being built from Community Middle School, and the recreational program for kids in Elementary School. The season is not over yet, and the team hopes to send some of their best to the Regional tournament after qualifying at the District Tournament scheduled for the end of the month. Even without a long postseason, the team has jumped levels from a struggling program to a mid-level program with a bright future. This is a program to watch in the next few years.